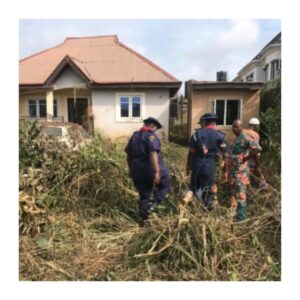 The Adeosun/Idi Orogbo Community in Ido Local Government Area of Oyo State was thrown into shock on Sunday when they found of one of their landlords, Mr John Aderemi Abiola, in his room, almost four years after he was last seen in December 2018.

The discovery was made after the community decided, with the approval of the police authorities, to go into his compound to clear the bush in his compound which had overgrown his fence into the next house, causing invasion by reptiles.

As 2019 crept into 2020, the residents started wondering where the man could be. Though he told about two of those he used to communicate with of his intention to go to Port Harcourt, Rivers State, and be back for Ileya ceremony in 2018, not seeing him for the festivity and thereafter made them to think he was staying back where he initially came from. 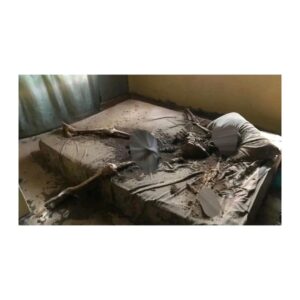 Nigerian Tribune reports that calls to his phone lines were not going through other. After it was noticed that the weeds in his compound had grown bushy, the community landlords were said to have decided in a meeting to find a means of getting access to the premises to clear the bush.

From then to 2021, till 2022 is getting to the end, the residents of the community who did not know his whereabouts decided again to go and clear the bush. It is reported that laborers who went to clear the bush noticed that the window of Mr Abiola’s room was open, and his Volkswagen car was covered in bush which prompted curiosity. 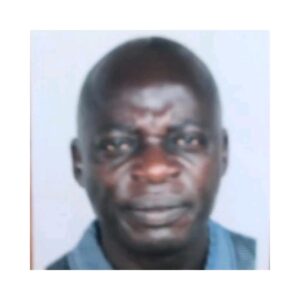 One of the landlords, Mr Mohammed Ademola, who also worked for and used to interact with Mr Abiola, decided to check what was in the room. He was however shocked when he saw the skeleton on the bed of the house owner.

The eyewitnesses decided not to tamper with his remains because the community didn’t want to risk anything. They were told by security personnel to slow the environmental authorities handle the matter. Mr. Ademola noted that the deceased was not known with any of his family members and it was didffuckt to trace his family.