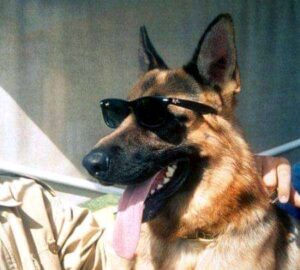 Meet Gunther VI – the richest dog in the world, he have the networth of $500 millions dollars (over N200billion naira). He inherited his fortune from his great-grandfather dog, ‘Gunther III’. The multi-million dollar dog was once owned by the late German millionaire, and dog lover, Karlotta Liebenstein.. 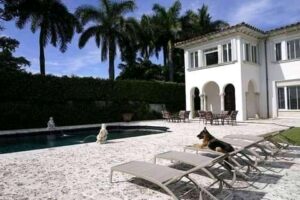 This is how Gunther VI became the world wealthiest dog:

Countess Karlotta Liebenstein of Germany, was a rich woman in her life time.

She had no children but cherished her animals, and because of this, she left her multimillion fortune to her dog, Gunther III (the great grand father of Gunther VI) when she died in 1992. 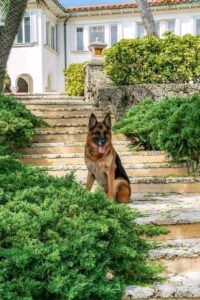 Gunther III who inherited the wealth has died but his great grand child Gunther VI is the heir who is enjoying the wealth left behind by his patriarch, the great Gunther III.

The late German woman who willed her wealth to her dog left only $80 million.

However, the family office who manage the dog’s estate have grown the fortune to $500 million from the 80 million dollars left behind and have invested Gunther’s money in mansions and villas around the world.

Alongside the humans who take care of him, he travels by private jet that belongs to the dog, eats steak and caviar, owns many yachts and cars. 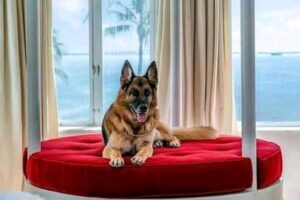 Gunther owns numerous Real estates, night clubs, sport teams and many other investment, one of his mansions is for sale for $32 million dollars, the same mansion was formerly owned by popular popstar and singer Madonna….

So yes, Gunther VI is st!cking wealthy, making him the wealthiest dog in the world with $500 million dollars…